This was originally posted on the 5th of February 2013.

Greenbrier Games, who Kickstarted Zpocalypse last year, kindly published a breakdown of where the money went. Zpocalypse was Kickstarted around the same time as Zombicide last year (how time flies) and they’re now about ready to start shipping. 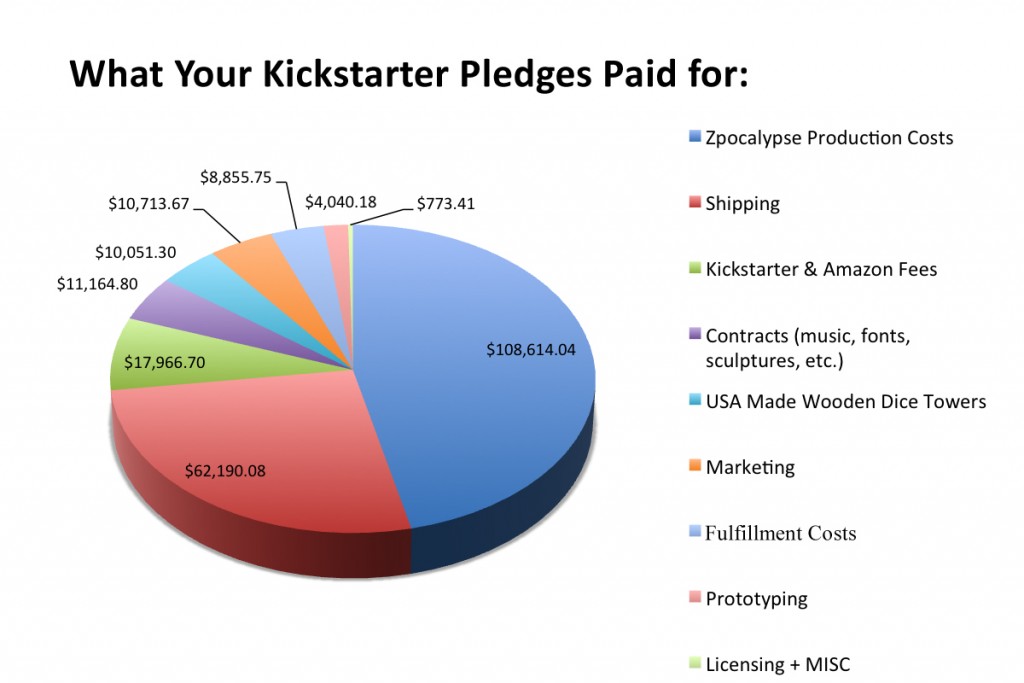 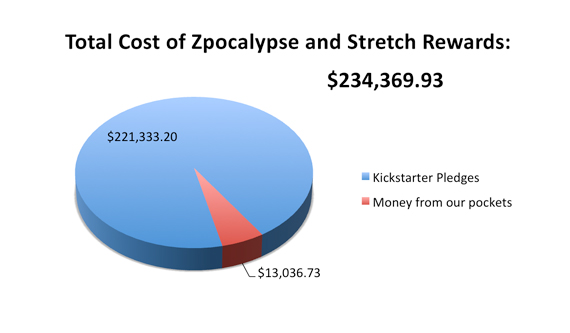 Stated numbers according to Greenbrier or other verified sources:

About 25% of the money raised went to shipping. This appears to be within a normal range of our experience for a large boxed game (about $30 a backer, with domestic and international thrown in together).

Assuming everything else is fixed except production cost and variable fees (including the US dice towers) and shipping, the variable cost for each unit produced and shipped to each backer is about $66, versus $103 raised per backer.

In order to make up the $13k shortfall, the project needed approximately 351 more backers. However, they also have an over quantity of production of 3000 games, so in effect after taking Kickstarter into account, 3000 boxed games cost Greenbrier $13k.

I’m fairly certain with additional preorders and normal retail channel sales, the project should be in the black – assuming the remaining qty of games are sold, with an average discount of 50% at an MSRP of $60 (retail and distribution channels combined), that is still $90k margin, if not more.

In summary, out of pocket $13k but with 3k games in stock (or already sold, who knows) that are already paid for.

One caveat: I do not know the inner workings of their logistics operations, but since they haven’t shipped yet they may not have accounted for product support/replacements which would tack on another 5% to 10% in costs, but this would not too adversely affect the profitability of the project as a whole.

Overall, I’d rate this a very successful project, so kudos to the Greenbrier team!