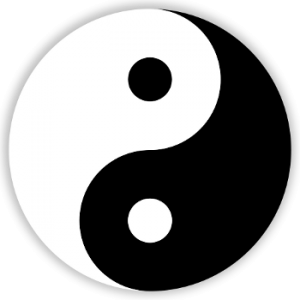 Stretch goals are an unofficial way of encouraging over-funding of projects and are a common feature of game crowdfunding projects. I’ll let Kickstarter explain it:

And a warning too!

For a typical stretch goal a creator will promise to release their game in additional formats or add extra functions if certain funding goals are hit. But expanding a project’s scope can change the creative vision and put the whole project at risk. We’ve seen stretch goals leave some projects overwhelmed, over-budget, and behind schedule.

As many creators and backers have learned from experience, often what seems like “extra” money isn’t extra at all. If a project has a funding goal of $10,000 but raises $1 million, does that mean its creator got an “extra” $990,000? Not at all.  More money means more backers and rewards to fulfill — and less margin for error. – Kickstarter Blog

A good series of stretch goals can add considerable excitement to a Kickstarter campaign.  Typically for most projects in the tabletop games space, they roughly either offer improvements to the final product (e.g. upgraded components), more free stuff (e.g. extra copies of miniatures) or limited promotional items (cards, rules, scenarios, heroes etc).  Stretch goals are usually given for hitting a particular amount raised, but other things like Facebook Likes or backer counts are also useful.

Once again Jamey over at Stonemaier games has a great primer on the subject, discussing some of the pitfalls etc.  The most obvious purpose for a stretch goal, from a project creator’s perspective, is to create an incentive for existing backers to share the project (the more backers there are, the more stuff I get) and ultimately increase the overfunding amount.

Just like yin and yang, it’s a balancing act to get things “just right” – here are some important considerations based on my experience.  Note, my perspective is slightly different from Jamey’s in that most of our Kickstarter projects are more expensive both to back and produce – creating the potential for relatively large overfunding amounts (e.g. $2.8 million for Zombicide Season 3).  We also tend to make expandable games which often results in a more rapid news cycle during a campaign than most boardgame Kickstarters.

1. Holy crap it costs how much?
The most obvious would to weigh greater funding against greater product cost/complexity, as stated by Kickstarter themselves.  This is even more true for tabletop game projects which typically have physical stretch goals that add actual unit production costs to each pledge.  It can be financially disastrous to have stretch goals exceed unit costs. It’s fairly easy to get sucked up in the excitement of an overfunded campaign and promise stuff that hasn’t been properly costed out.

2. More transparency vs It’s only news once
Most campaigns have an initial surge of funding/backers in the first couple of days, followed by a lull in the middle before a rush at the end.  It’s usually at this time, where stretch goals aren’t being hit everyday that backers will ask for a look ahead to see what the potential of the project is, or what you have planned.  This helps drive discussion internally on the Kickstarter projects comments page, and an active comment page is (usually) a good thing. Some game creators have internalized this and list their entire stretch goal plan from the start.

– Classic “U” shaped funding of Zombicide 2, courtesy of Kicktraq.com.

That’s not a great idea.

Putting out a few goals at a time at most would maximize the marketing effect both inside and outside of Kickstarter.

A different problem with stretch goals is when you grossly over-estimate your reach or the appeal of the game itself.  i.e. the project hits its funding goal, but then has stretches that go all the way to say, $1 million, but without the momentum in the campaign to possibly carry it there.

This usually causes backers to be discouraged early in the campaign, disincentivizing them to share it (no one wants to admit backing a “loser”).

The fix is also not very pretty – I’ve seen a campaign which did just that – hit a brick wall and started lowering the required amounts to hit each stretch.  The comments section turned quite nasty with accusations that these thresholds didn’t really have to be hit if they could miraculously be offered at $200k when previously they were at $1 million.  While a project creator is free to do whatever they want in the way they present their campaign, optics matter and this just didn’t look very good.  And once you lose the “feel good” vibe of the campaign, it becomes much harder going.

Having the flexibility to make adjustments out of public scrutiny is a very valuable tool and should only be traded away with care.

4. Big vs Little
How far do you spread out stretch goals?  This is usually only a problem in the beginning of a campaign where you have the most momentum. Hitting a lot of stretch goals on day 1 has both pros and cons.

Pro – generates a huge amount of excitement because there is a sense of progress, and also creates a greater value for new backers if the stretch goals include freebies or upgrades. This helps to carry the momentum.

Con – The classical thinking is that a stretch goal is there to ask existing backers to go out and evangelize the project.Scoring a lot of them in a row without requiring backers to do anything defeats that purpose.

I believe there’s a balance to be reached here – unlocking many goals at once can create quite a positive vibe – “Wow look how much extra stuff we’re getting, and so soon! Let’s get some more!”, but of course it cannot be at the expense of the rest of the campaign if you don’t have enough planned.

5. Just for you vs For the masses!
This goes a little into my previous post about exclusives.  Stretch Goals for boardgames usually fall into 3 types – goals that improve the anticipated mass market product and goals that improve only the backers’ experience (including those that have some kind of hidden discount).

For goals that improve a backer’s experience, they can be further subdivided into hidden additional discounts or exclusive items.  Hidden discounts would be things like, free additional copies of game components (or perhaps even an entire game from elsewhere in your catalogue).  Exclusives would be items made specifically for promotional purposes on the Kickstarter campaign.

Improving the core game at retail can be quite a good motivating goal in the beginning of a campaign.  The plus to the project creator is that you don’t incur additional Kickstarter specific costs for these as all the games will share these improvements, and if these are the only kinds of goals you have, it greatly simplifies logistics handling.

Hidden discounts can be quite a good motivator if the extras on offer have a high perceived value – in my experience additional miniatures are better received than, for example, extra dice.

Finally, exclusives are probably the best way to get your existing backers moving – but they have to be done correctly. Also, don’t forget point 1.

Stretch goals are an invaluable tool for any tabletop game campaign, but require a lot of thought and planning.  With enough care they can make a huge difference to your campaign.